Need a New Year's Resolution? I've got a good one...Free those photos!

I've started taking photos with a very basic point-and-shoot 35mm camera. Later, I've upgraded to a SLR. I loved film; you really had to learn your stuff, which kind of film for what kind of photography, you had to learn what ISO was, and you really had to learn the more technical aspects of photography. You had to do this, because there was a limit to the number of pictures you could take, and it was usually 24 or 36 images that would fit on a roll of film. It cost money to have those films or slides developed and to make prints from them, so speaking for myself, I didn't take as many photos as I'm doing now. The only option to really view them was as a print on the wall or as a print in an album.

Fast forward to the ages of digital photography: I am taking 10 times as many pictures on vacations, at family gatherings, and also at sessions for clients than I wold have with film. I don't have to think about that every click of the shutter with a film camera basically cost some money; I can take as many pictures as I'd like to. My camera and my memory card have been paid for, I can delete what I don't like. I can go for different poses, capture many more moments, and I'm doing this because I think that later I'll go through all of these photos to pick my favorites. With the exception of client photos I never do that. My personal photos rest in peace on several photo graveyards which are located on the hard drive of my computer, on a variety of external hard drives, DVDs, even CDs, USB sticks, you name it. I am actually good about backing up my photos (I still have all the negatives and slides of photos I've taken in the film days). I'm not good about viewing them and appreciating them and remembering the moments.

Noah loves to look at photos on my phone or on the computer, but the other day at my Mom's house, she busted out a photo album that she has made of the prints that I give to her here and there from our little family things. Noah loved it and went back and forth through the albums while my Mom told him stories about the photos. It's something she used to do with us, look at old pictures and the more we'd look at these photos, the more her memories of what we were like as babies, of what happened at this moment on a vacation, of why our Dad was laughing so hard on a particular photo, became ours as well.

Now, I am digging out all of our photos, slowly but gradually, from the digital photo graveyards. I've ordered tons of 4 by 6 prints that I glue into photo albums, but I've also created a few photo books. While I love an album that I have made, I like the fact that a photo book doesn't take up as much space while still showing off my photos beautifully. I use the photo albums mainly for photos from our vacations, I have one theme that's finished, I can upload all the photos into that one specific book, and I don't have to add anything on. Photos from Noah, I'll put in scrapbooks, I'm now making an effort to at least organize the photos, put the best ones in the scrapbook based on date, and if I don't have a lot of time, I'll put on a sticky tape with a note that describes shortly why this photo is important. Usually, I don't need that note because the photo reminds me...I'm not the best scrapbooker, it just takes too much time and effort for me, but who cares, a scrapbook doesn't have to be fancy as long as it holds some photos and precious memories.

So, I've made my New Year's resolution mid December, and I'll vow to continue to do this, to get my photos off of that computer, and into an album or onto a calendar or - the very best of them - on a gallery wrap canvas, like the one of Noah that I have mentioned in another blog post.

If you don't have the time to free your photos, make sure to always back them up so you won't lose some treasured memories!!! 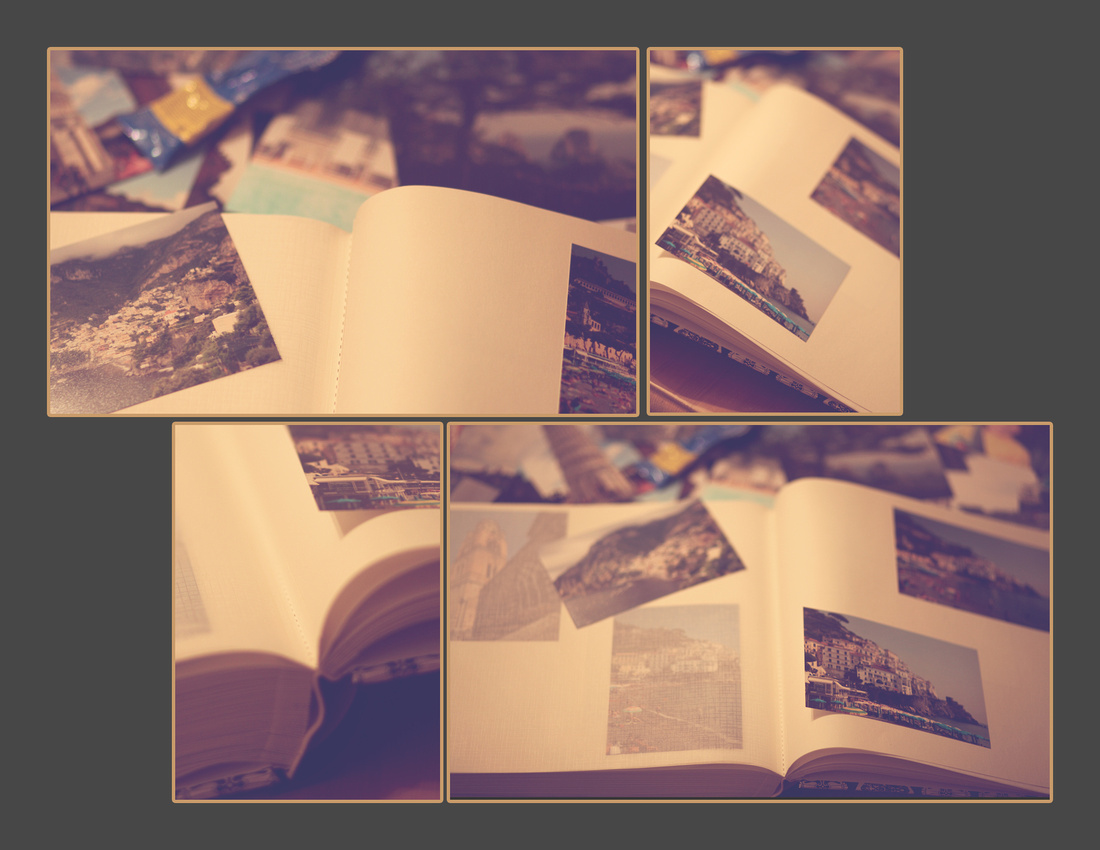