So, today we finally drove the Amalfi Coast, one of the last travel dreams of mine. The narrow road is carved into the rugged mountains of the Amalfi Coast and boasts bends and turns that you wouldn't believe as well as beautiful views of little villages and the coastline along the way. I always had wanted to see Positano, which used to be a small fishing village that seems to slide down into the sea like an avalanche. I am glad we did the drive, but there was no way we could have found parking anywhere close to the village and town centers along the way, I'm just glad we made it through them with our car undamaged. For the villages like Positano and Amalfi, we'll go back by bus! The weather wasn't the best, but we didn't get drenched like the days before, so I got to take some photos. 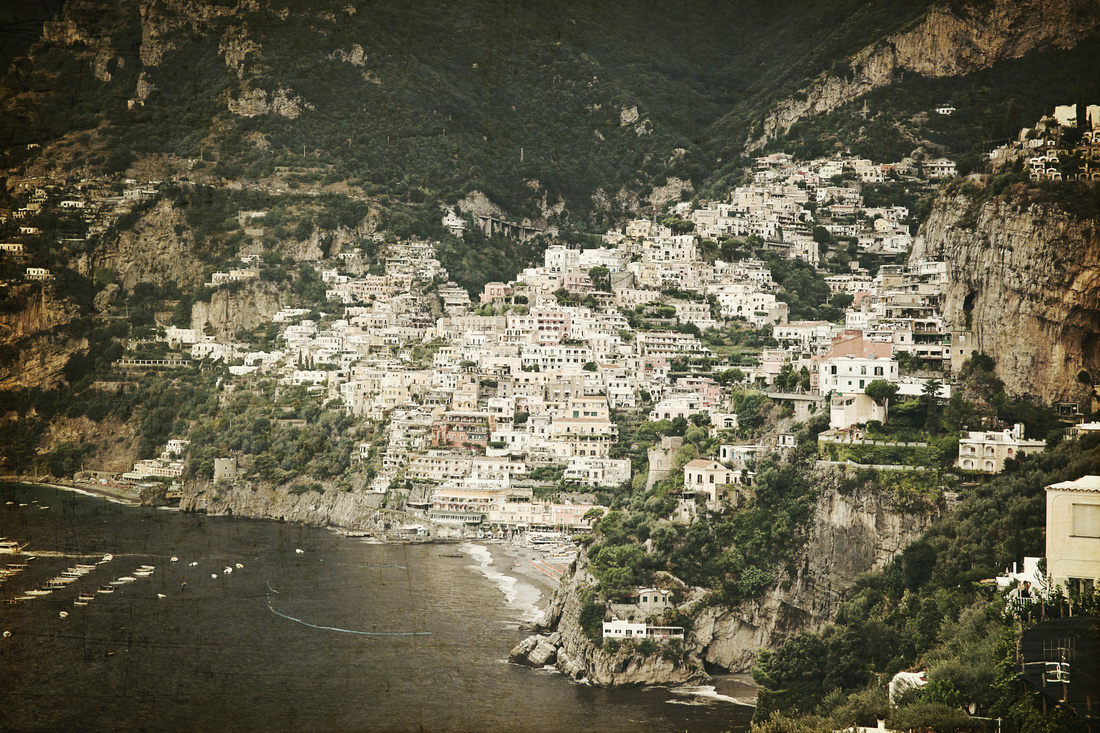 So, here's my story: I thought, the drive along the Amalfi Coast was insane, narrow roads, crazy drivers, but Bob is an awesome driver. On the way home, though, he decided to listen to the GPS and not to me, when she told him to hang it right into a TINY alley. Well, we damn near got stuck in that narrow road which had rock walls about 3 meters high to each side. This were the longest 250 m of my life. It took us about twenty minutes to get through it. Even Bob got a little nervous. There were maybe 2 cm space to each side, if that much. And bends, lamposts, and little houses along the way. Bob measured the road by stretching out his arms, and he could pretty much touch both walls at the same time. I kid you not. For those of you who know Bob, you know that "can't" or "this is impossible" are not part of his vocubulary, they are nothing more than a challenge to him. Nothing is impossible to Bob, and there is always a solution. Well, when Bob said "We can't make this", I lost my s***, ahem, composure...I saw the car wedged in the alley with Bob climbing out of the moonrof. If you wonder about what Noah did during this, he sat in the backseat, headphones on, watching a movie, oblivious to what went on around him. The Italians were highly entertained. They asked "WHY would you go THIS way?". Yeah, Bob. WHY? Despite the facts, that all the Italians along the way said, that there is NO way that Bob could get the car out of there, he made it. Once we were through, I highfived Bob and then slapped him on the head. Stupid GPS, the wife always knows best, haha! I tried to get Bob to reenact the whole scene so I could take a photo of it, but - and those of you knowing brave Bob will be shocked - he refused. This should tell you, just how close we were to being stuck in the car in an alley in Italy.